EVEN WITH CHOICES, LIFE REMAINS A GAME OF CHANCE
A game about world inequalities, discriminations, GMOs, pollution, children with guns, and more.

This game and its assets were made in a week, 4 years ago, by me, @timkrief, for Lowrezjam2017. The constraint was to use a 64 by 64 resolution

Thanks for checking out one of my games, check out my Social Links or my F.A.Q. if you want to know more about me :) .

There are only 3 storylines, also the ending is always the same: there's no scenario where someone is happy. Pointless game

Such an awesome game, the negative reactions are expected, since I think a lot of us get angry at this reality... but remember, this game is only a reflection of that, not a cause.

Decent game. Better than the comments would have you think.

This is a great game but It makes me sad

A lot of easily offended people in the comments, don't listen to them man Great Game!

yeah this game is shit lol

This game made me cry very much

Honestly though the message in general is fine this is a really unpleasant game. I don't understand why you would want to spread this sort of nihilism around

This is the worst game I've ever played.

That's it how life works for many people, you get to be the bad guy even if you try your best.

Not gonna lie, as someone who has family outside of the States and has lived outside of this country, this game is not only reductionist but also extremely insulting.

Please, please educate yourself before producing something like this again. It's reducing people to minority stereotypes rather than treating them as people.

I don't really care what country. I do think this attitude is more widespread amongst Americans, having lived here for a while both as a minority and as someone who lived outside the country, and it's really easy to see this kind of attitude from people here. Admittedly, they may be from some other country. I don't really care.

But maybe pick a better fight than 'ohno she picked on America' instead of using ad hominem because you can't attack my points.

Did you just assume I was American? oh no.. youre making it worse

I would also like to add, which I missed in my last post...that putting this in "meaningful choices" is rather aggravating. And Story Rich is just straight up a lie.

A brutal but intresting game

Low key the dude was a fucking moron for leaving his gun out like that, that was the only ending that was entirely warranted

I wish there was a happy one :(

This game overly simplifies...a lot. In fact, it manages to be rather racist itself in an attempt to speak against racism and comes off as very insulting towards any of the groups mentioned within it, not to mention it is...very contrived. No matter the stance about privilege, this is insulting.

ok, can you even BEAT this game? No matter how hard I try, I always end up dying lol.

of course you end up dying, it's a game of life, my guy.

this game plays into oversimplified leftist views on the world ...

it is a very us vs them mentality , we do no wrong they do no right .

This game is the devil lmfao

The first one that i had was the girl who her parents were divorcing, that's totally me LOL

Even I got that first

This game...  LIFE TURNS OUT GOOD FOR SOME PEOPLE NOT ALL GET SHOT OR TRAMPLED OR DIE AFTER A FAILING BUISNESS

i liked it, it made me sad of the realities. it took awhile to get all the endings since the rerolling was a bit of chance

This is so retarded, made by an obvious mega-SJW

thinking this way comes from a place of privilege :) also try to refrain from using the r-slur

Retarded is not a slur

It is offensive though

Oof this is such a brutal game ;~;

No matter what you do something goes wrong and you die sad. The best outcome was probably the Lesbian’s one, fighting for their rights and becoming a matyr.

agreed. this feels so pessimistic.

When i see "This game sucks" i instantly click the up arrow. No joke.

Can we get a executable?

Trying too hard to make a point: The Game 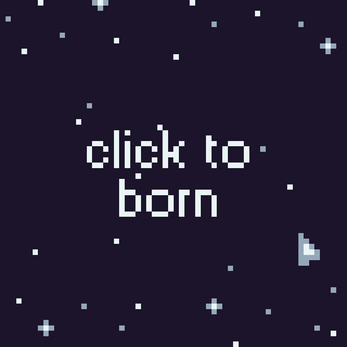